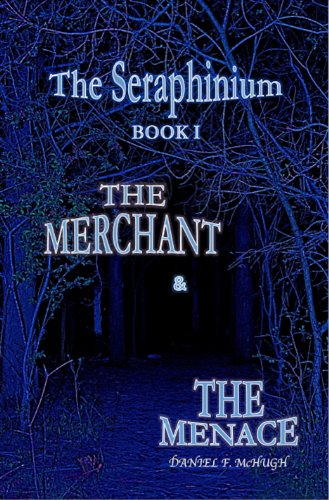 
This story has great legs; hop on and go for a ride! The Seraphinium , Aug 20, And more reviews! The world seems familiar and the setting, if not necessarily stock, contains all of the building blocks of a typical fantasy series. However, it's the story that hooks you. McHugh uses these building blocks merely as a backdrop for an engaging epic quest.

The character list grows as we move through his world, but the scope doesn't leave the reader reeling. Each subplot is carefully crafted to fit within the overarching tale. Remarkably, McHugh is able to move all of his threads forward without a loss in continuity. Book I ends at the conclusions of one of these subplots, leaving us mildly satisfied but hungry for more. I have already picked up Book II and am happy to report the second volume as well written as the first. This series is a must for fans of traditional fantasy who appreciate fresh and fantastic storytelling.

This book starts out a little slow like all books of this genre with a little background info that you find yourself glad for once it gets rolling. If you are a fan of books like this that can "transport" you to another place and make you feel like you are there, then this is for you.

I find myself currently waiting for book 4 with great anticipation. For those of you who read Eragon, you know how long Paulini made us wait.

The characters in this book take this genre to the next level and I don't say that lightly. All I can say is "Delvin Scribe". Pick this book up today and you will find yourself ordering books 2 and 3 very soon. Earth Abides by George R. Legend Drenai Tales, 1 by David Gemmell. Parable of the Sower Earthseed, 1 by Octavia E. Bald New World by Peter Tieryas. Moonbreeze The Dragonian, 4 by Adrienne Woods. Guardians Caretaker Chronicles, 2 by Josi Russell.

Ellipsis Creators of Six 1 by Jacob L. The Silmarillion by J. Blindsight Firefall, 1 by Peter Watts. Beyond the Veil by Janet E. Hunted House of Night, 5 by P. The Rediscovery of Man by Cordwainer Smith. Stardust by Neil Gaiman. Daemon Daemon, 1 by Daniel Suarez. Ingo Ingo, 1 by Helen Dunmore. Time Out of Joint by Philip K. Hogfather Discworld, 20; Death, 4 by Terry Pratchett. Elantris Elantris, 1 by Brandon Sanderson. Titus Groan Gormenghast, 1 by Mervyn Peake.

The Lathe of Heaven by Ursula K. Pyramids Discworld, 7 by Terry Pratchett. The Goblin Reservation by Clifford D. Matter Culture, 8 by Iain M.

My kind of review: Book I of The Seraphinium

The Bonding Gaven, 2 by J. Discworld, 8 by Terry Pratchett. The Kite Runner by Khaled Hosseini. The Stardance Trilogy 1—3 by Spider Robinson.

Empire of Ivory Temeraire, 4 by Naomi Novik. The Witches by Roald Dahl.

Sapphique Incarceron, 2 by Catherine Fisher. Titan Gaea, 1 by John Varley. Fablehaven Fablehaven, 1 by Brandon Mull. Six Moon Dance by Sheri S. God Stalk Kencyrath, 1 by P. Sinner Wayfarer Redemption, 4 by Sara Douglass. The Neverending Story by Michael Ende. Stations of the Tide by Michael Swanwick. Betrayed House of Night, 2 by P. Gods of the Machines by Gary Starta. Sonora and the Eye of the Titans Sonora, 1 by T. The Ripple in Space-Time by S. The Bone Road by Mary Holland. Become by Jillian Watts. The Star and the Stellae by C. Source : www. You are commenting using your WordPress.